“That was perfect, I thought: you listen to people so that you can imagine them, and you hear all the terrible and wonderful things people do to themselves and to one another, but in the end the listening exposes you even more than it exposes the people you’re trying to listen to.” 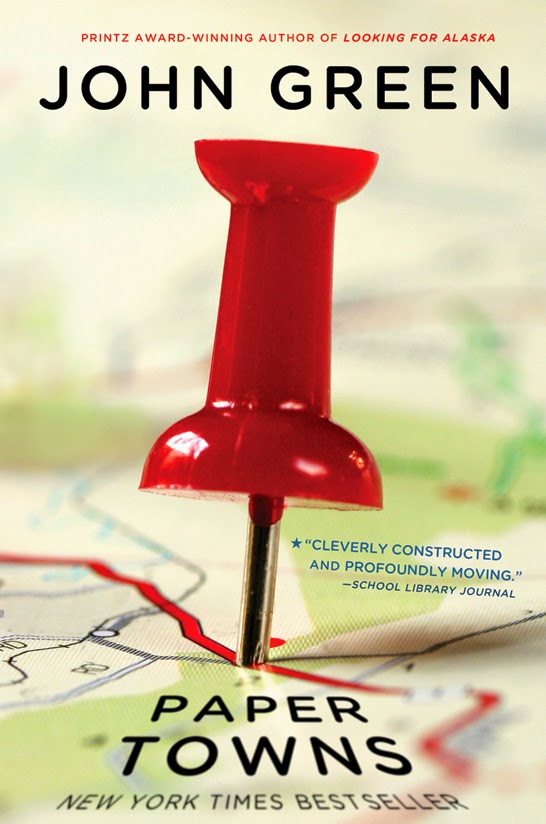 Paper Towns is a novel about a young boy called Quentin (known as Q) who is a perfectly average human being who has been in love with the perfectly extraordinary Margo Roth Spiegelman for the majority of his life. Used to admiring her from afar, Q is surprised when Margo asks him to accompany her on a road trip in the middle of the night. After this adventure, the following day, Margo is missing. Margo has run away before, leaving surreptitious clues – except this time the clues have been left for Q. Now on a mission, Q begins the difficult challenge of solving the mystery that is Margo Roth Spiegelman.

After reading the renowned The Fault in our Stars (TFIOS), I fell in love John Green’s style of writing and his ability to write from the perspective of characters so much younger than himself. He connects with a young audience in a way that is neither patronising or derogatory. I have been eager to read more of his work and thought I’d read Paper Towns because the movie is coming out later in the year, and I always read the book before I see the movie.

The humour is the pinnacle of this book. While at some points I lost interest in the storyline and struggled to keep connected with Margo, the humour is extremely relatable and genuinely laugh-out-loud funny – something rarely achievable in novels. I was a little disappointed for the simple reason that I was expecting another TFIOS, which Paper Towns certainly is not. This novel would have been more enjoyable had I read it before TFIOS, however, that aside, Green’s style is really something unique and admirable. Furthermore his use of literary references (such as Walt Whitman) give the book a deeper dimension, while cultural references (such as IMing, Omnictionary and the general angst surrounding high school) make the book more relatable to a younger audience – something they would not find in older novels.

Number of Reviews on Amy’s Bookshelf

A Bibliophile’s Escape in Brighton

We Must Be Brave Book Review